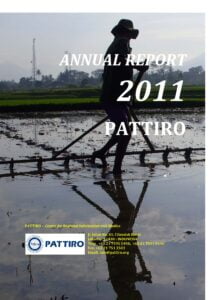 Within the last 10 years, since reform in the end of 1990s, Indonesia experiences rapid growth in politics, namely strengthened commitment of Human Rights, along with democratization and decentralization. Commitment to Human Rights is materialized from the fundamental part, namely from Amendment of Constitution 1945, making law on guarantee of Human Rights, and ratification of international covenants on Human Rights. The ratified laws include covenant on Economic, Social, and Cultural (Ecosoc) rights into Law No. 11/2005, and Civil and Political rights into Law No. 12/2005.

Democratization is viewable through general election that involves many political parties, direct election of president and regional heads, and laws that guarantee community’s rights to be involved in development planning.

2011 Annual Report (Beyond The Festival)