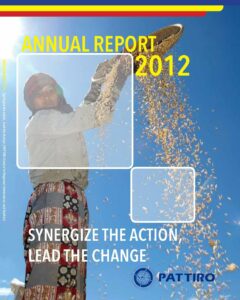 In 2012, PATTIRO starts a new role from organizer for program activities which are grantee in nature to implementing partner for the donor’s project.

Nevertheless, the additional role is conjunction with efforts to reform and to modernize PATTIRO. Strict schedule, less latitude, and strict working system have resulted output-oriented performance because of following-strict-timeline requirement.

In the meantime, the additional role has broadened more advocacy room for PATTIRO. If all this time PATTIRO only focuses on local level, then by 2012 it starts
playing a role at national level.

The gender-responsive budget (ARG) implementation, in collaboration with four ministries/institutions, has built confidence that PATTIRO is capable of doing
advocacy at national level. This is indicated by the role that PATTIRO plays in Gender-Responsive Planning and Budgeting Implementation Guidelines (Juklak
PPRG) preparation as accelerated implementation of gender mainstreaming national strategy.

Also, PATTIRO prepares strategic plan (Renstra) to ensure its position in the future. PATTIRO wants to increase its influence on policies at national level. Sustainable development of tool from implemented program that is applicable to other programs is PATTIRO’s main objective. The important impact of the implementing activities is that PATTIRO is able to produce additional outputs beyond the planned ones and to inspire others to replicate PATTIRO’s programs.

PATTIRO expresses gratitude working partners such as USAID, AUSAID, HIVOS, The Asia Foundation, Ford Foundation, and other donors, that have given funding supports during program implementation and completion in 2012.