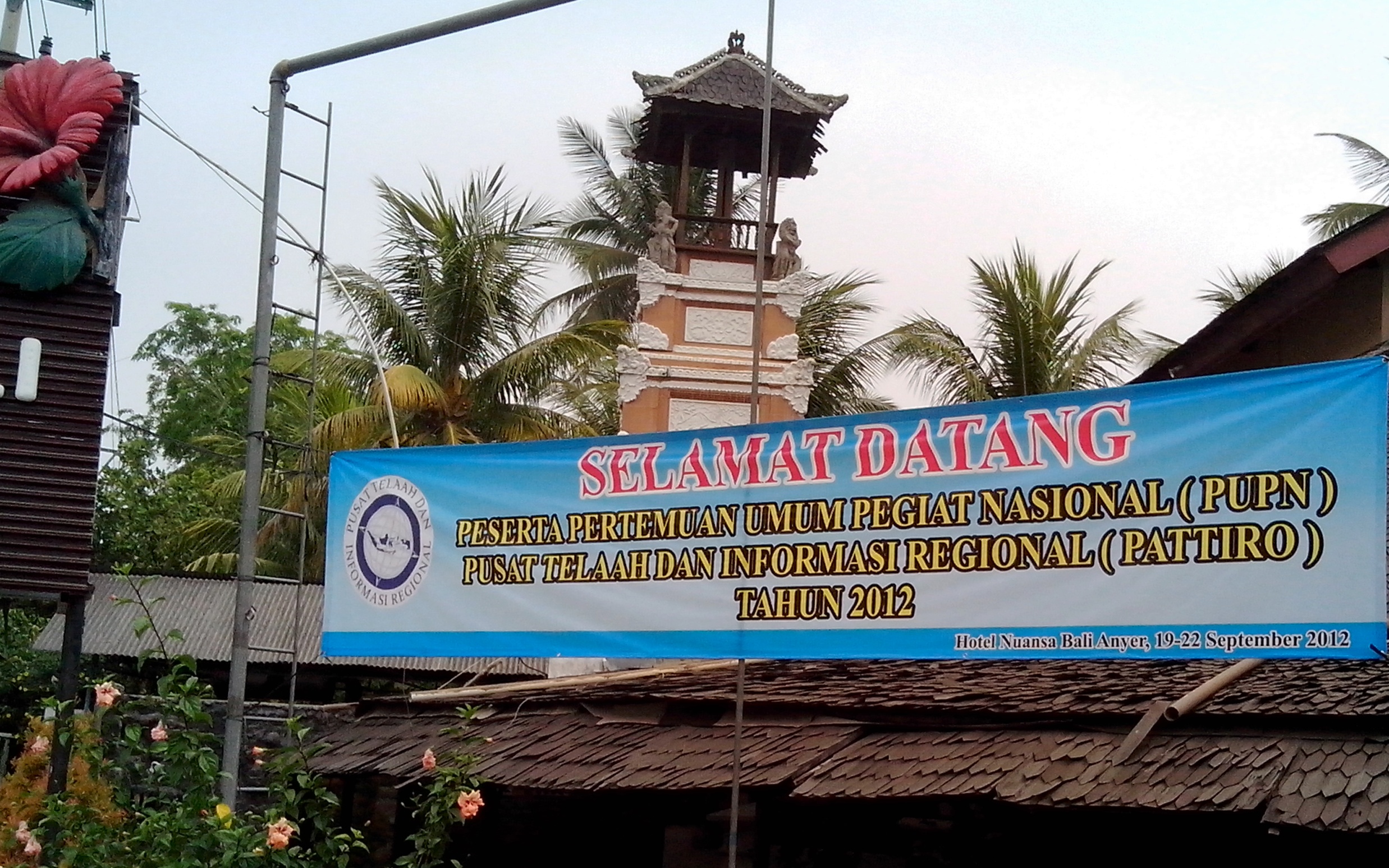 Since its establishment in 1999, PATTIRO have contributed in facilitating the interaction of the actors in the making of public policy and in improving public services and budgets in the area. In playing its role, PATTIRO facilitate civil society to advocate budget, initiation of local regulation, and to develop an improved model of public service through the complaint mechanism. At the same time also developed a network PATTIRO Pattiro Kingdom, which consists of several Pattiro Region and several other local institutions. With this network PATTIRO seeks to expand role in strengthening civil society in the region to continue to improve the delivery and quality of public services. Both to improve the fulfillment of basic rights for the people and improve community empowerment.

Furthermore PATTIRO also weigh the need to develop a greater role in the effort to optimize the potential of wealth and state resources for the greatest welfare of the community. Some things that may be done relatively close by the capacity and potential of the PATTIRO Kingdom is to strengthen the role in improving public services to better reach out to all communities, better quality, and impact on welfare and community independence. Efforts to improve the quality of public services is done through a variety of arenas, including:

To answer this need PATTIRO feel the need to consolidate agencies and activists PATTIRO Raya spread over 19 regions in Indonesia, both in Jakarta, Banten, West Java, Central Java, East Java, South Sulawesi and several institutions in the province of Aceh, West Nusa Tenggara province to Papua. One important effort for consolidation is done through the General Meeting of the National Campaigners (PUPN) PATTIRO Raya. PUPN this time in 2012 was held on 19-22 September 2012 held at Nuansa Bali Beach Hotel Anyer, which was attended by 120 members of the network PATTIRO Raya.

By convening this PUPN activists PATTIRO Raya sharing to understanding, experience, and learning approaches and methods in strengthening civil society’s role in improving public services, public policy, and budgets. In the event this PUPN activists PATTIRO Kingdom attempted strengthen mutual understanding and attitude of a holistic and synergistic with a decisive step forward. Sharing innovation and learning through discussion and innovation exhibition stand displays the results of the advocacy work PATTIRO Kingdom from every region and local products.

Anyer PUPN 2012 has been confirmed LPAW Blora and Bojonegoro Institute as a member of the network PATTIRO Raya, and assign it to Aminuddin Aziz as Network Secretary (Sekjar) of PATTIRO Raya who will oversee the results and agreements Anyer PUPN 2012. In addition, agreed by all the directors for the implementation PUPN PATTIRO Kingdom in 2014 will be held in Malang. V3 **

PrevPreviousPATTIRO’s Annual Report Year 2011
NextRestoring the Rights of the People: The Experience of Nahdliyyin Center Pekalongan in Developing and Empowering CommunitiesNext