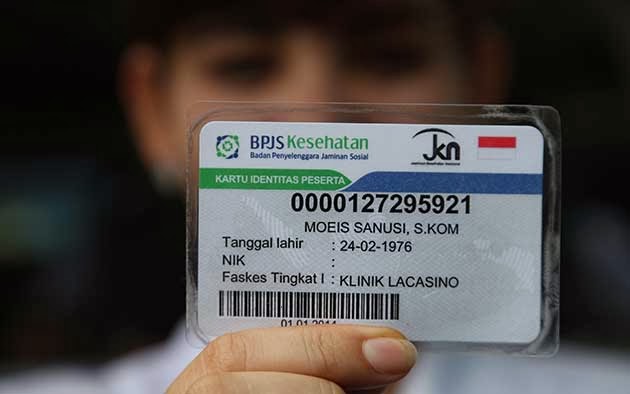 Every Indonesian citizen has a right to get a health insurance. At least, Law number 40 Year 2004 mandates in National Social Security System (SJSN). But in fact, the implementation of these laws still encountered some problems until now.

Related to Jaminan Kesehatan Nasional (JKN) membership, Vice Director of Trade Union Right Center (TURC) Andriko Otang said that nowadays there is overlapping between Peserta Bantuan Iuran (PBI) and Jaminan Kesehatan Daerah (Jamkesda) participants data. “2015 is almost end, but the data is still overlapping. Even though the regulation of national security system mentioned that Jamkesda participant data should integrating with PBI healthcare and social security agency (BPJS Kesehatan) participant data in 2016” said him in national health discussion held by PATTIRO in 14 December 2015. In addition of slow data integration, added Andriko, PBI BPJS Kesehat data has not been updated and adjusted in the current condition. One another thing becoming a problem is the total data of PBI participant is larger than participants who were employed wage earner. “This overlapping becoming cause of increasing the losses suffered by BPJS Kesehatan,” revealed him.

Furthermore, PATTIRO public service specialist Rokhmad Munawir mentioned besides participant problem, BPJS Kesehatan as the responsible party to implement national health insurance program, they are less provide socialization to society and hospital partners. As a result, there is often differentiations perception between the regulation of BPJS officer and hospital management. Rokhmad added, the lack of socialization affects the lack of understanding from society about their rights and obligations as JKN participants. “Because of misunderstanding, society can not take the advantage optimally. Yet, if BPJS give sufficient explanation, societies will capable to advocate their self if they face a problem related to JKN card usage” said him.

Rokhmad explained, health service that intended for JKN participants still not maximal. Full rooms are the reason often used by hospital partners of BPJS Kesehatan to decline JKN patients. Hospital also not infrequently provides different service to JKN non-member card. “JKN participant patients is like a step children. They (hospital) are slow to handle patient from JKN participant. The worst thing is, the hospital still charge to the patient.” Added Rokhmad.

In line with Rokhmad’s statement, Andriko said the service that provided by BPJS still below of standard. “BPJS service is not available in 24/7.  Imagine if there are some people have to arrange something in BPJS that she/he and her/his family medical expenses can cover by BPJS Kesehatan,” said him. The cause of bad health service revealed Andriko, is also due to passive attitude of BPJS officers and the usage of information technology still not maximal.

According to Andriko, health facility that provided by BPJS Kesehatan also still inadequate. “The quantity and quality of facility and infrastructure for JKN patients remains low. Sophisticated medical equipment’s are also slightly, said Andriko. He also said, problems related to the availability of health facility would be handled if more private hospitals participate in JKN program.

The head of Health Insurance, Finance and Health Insurance Center, Minister of Health Widiarti said the implementation of JKN is a responsibility of multi-parties so that it needs partnership to implement as expected. But, unfortunately, civil society considers that the division role between the parties related to JKN program, from the government, civil society, private, until university remains unclear.

Therefore, civil society who join in health cluster coalition of national health discussion with theme the partnership between the government and CSO accelerating the achievement of SDGs in health sector, discussing the dividing role of multi-parties to encourage the improvement of implementing JKN program, which indirectly pushing the achievement of Sustainable Development Goals (SDGs). The division role also formulated in a recommendation and will submit it to Ministry of Health as a responsible sector.

For the government, civil society recommends to improve the quality and quantity of health promotion worker, both in functional and posyandu cadres. Rokhmad said, posyandu cadres in the village or RT should maximize promoting health. “This is related to affordability of posyandu cadres. Moreover, posyandu cadres can also share their knowledge through dialog with societies to an effective promotion health,” said Rokhmad.

Civil societies consider that the government also needs to improve the quality of health facility that provided for patient of JKN participants through increasing Regional Governmental Budget (APBD) and Operational Health Assistance (BOK) budget. Increasing the accuracy of PBI JKN participants data also needs to be done, for example utilising TKSK program in each districts.

Another recommendation is to improve understanding of societies in JKN that can the government do is through ongoing socialization. In addition, civil societies also hope the government can improve understanding of health service worker. Due to finding in the area, health service workers still do not know the system and procedure of JKN program. “ To help societies and health worker understand the procedure of the socialization, the government can cooperate with civil society organization because they have wide network,” revealed Rokhmad.

In addition to deliver recommendation related to the government’s role to improve JKN pushing the achievement of SDGs in health sector, national health discussions participants also send their recommendation related to Civil Society Organization (CSO)’s role. Executive director of Prakarsa Jawa Timur Madekhan Ali said, civil society organization can take a role to facilitate poor citizen to get access in data collection, collaboration with TKSK. “TKSK friends can optimize their performance, particularly in facilitating data collection and validating PBI data participants were really poor, so it can covered by JKN scheme” said him.

Madekhan also hope CSO can encourage the changing of regulation in order that the existing regulation is more align to JKN participants. Moreover, CSO also take a role in strengthening JKN participant communication forum, educating Clean and Healthy Lifestyle (PHBS) to societies, and increasing health volunteers in the fulfillments of health society’s right.

Madekhan also emphasize that private take a role to improve JKN program with supporting innovations in health sector. “Not only the government, but private should create health innovations, such as the innovations that can support facility and infrastructure of health facility,” said Madekhan.

Madekhan added, private can also support in helping the government to improve the capacity by educating health facility worker in the form of training, as well as registering their employees become JKN participants as the implementation of Good Corporate Governance.

University as academic institution should take a role in helping the government to improve the service and implementing JKN program. One of the methods is conducting a wide range of JKN program from the academic perspective. “External research should improving continually to a better effort so that it can issued the recommendation of JKN implementation” said him.

For university that have courses in health sector, added Madekhan, it can use society vice program (KKN) as health promotion efforts so it can improve the level of public health and their participation in JKN membership.

Furthermore, Rokhmad said, media also taking an important role in the success of JKN program. “The role of media is almost same with CSO’s role, but unfortunately, media’s network remains limited and less of effectivity. It needs to be extended” revealed Rokhmad

National health discussion with the theme government partnership and CSOs in the achievement of SDGs in health sector held on 14 December 2015 in the Ministry of Health office, Jakarta. Health ministry officials were attended in these activity, represented the central government. The head of department of health from some regions were attended in the discussion as local government representatives. Civil societies, academicians, and media also involved in the event.

PATTIRO: To Reduce the Maternal Mortality Rate, Health Ministry Should Provide Spaces for the People to Monitor Village Midwives

Ordering the Village Governments to Use the Village Fund Only for Infrastructure Development, PATTIRO: The President to Harm Villages’ Democratic Spirit